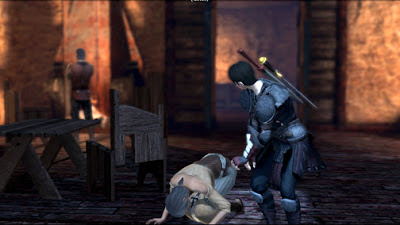 This is an olllllllllllllllld post I found chilling out in the "Draft' section of Blogger. In May 2013 I once again went to twitter with my thoughts about Dragon Age 2.  That time, Let's Player Joseph and I were retroactively discussing the supposed "shack" that Hawke lives in during Chapter 1.  I'm not a fan. Our conversations ended up addressing something that I felt was a major issue with the Hawke character. Everything below the break is from May 21, 2013.

Conversation after the break

Read more »
Posted by Photographer Leia at 9:39 PM No comments: 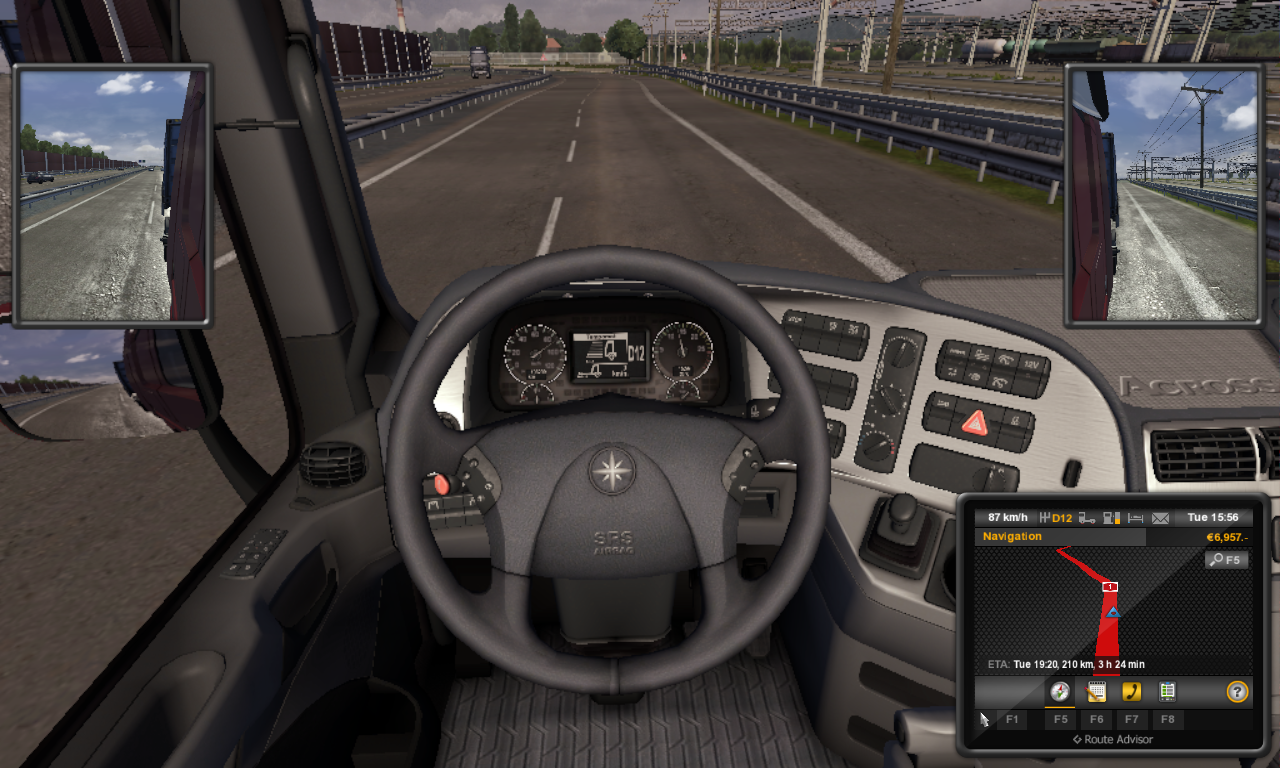 I did a couple missions to day in Euro Truck Simulator 2 today and it went pretty darn well if I may so myself.  So far I've been sticking to what I (er .. my trucker?) knows.  This means that there has been a lot of time spent in Lyon, Genève, and Dijon.  Interestingly enough I've found that the Lyon ->Genève route is pretty simple, but the Genève -> Lyon route is a major pain in the butt.  Also Genève ->Dijon route?  Screw you and your tiny turns. The damage that you, your countryside, your turns, and your stupid NPC driver AI cost me was not cool at all. It literally decreased my pay by 2/3rds. Just see if I ever take a Genève ->Dijon trip ever again ...

Today, for the first time, I finally got the nerve to leave France.  Sticking to countries that drive on the correct side of the road, we traveled into Zurich, Switzerland. Genève -> Zurich was a pretty decent drive, but there were a couple turns near the end that made it very clear the roads were not designed with big trucks in mind.  They might want to look into that. 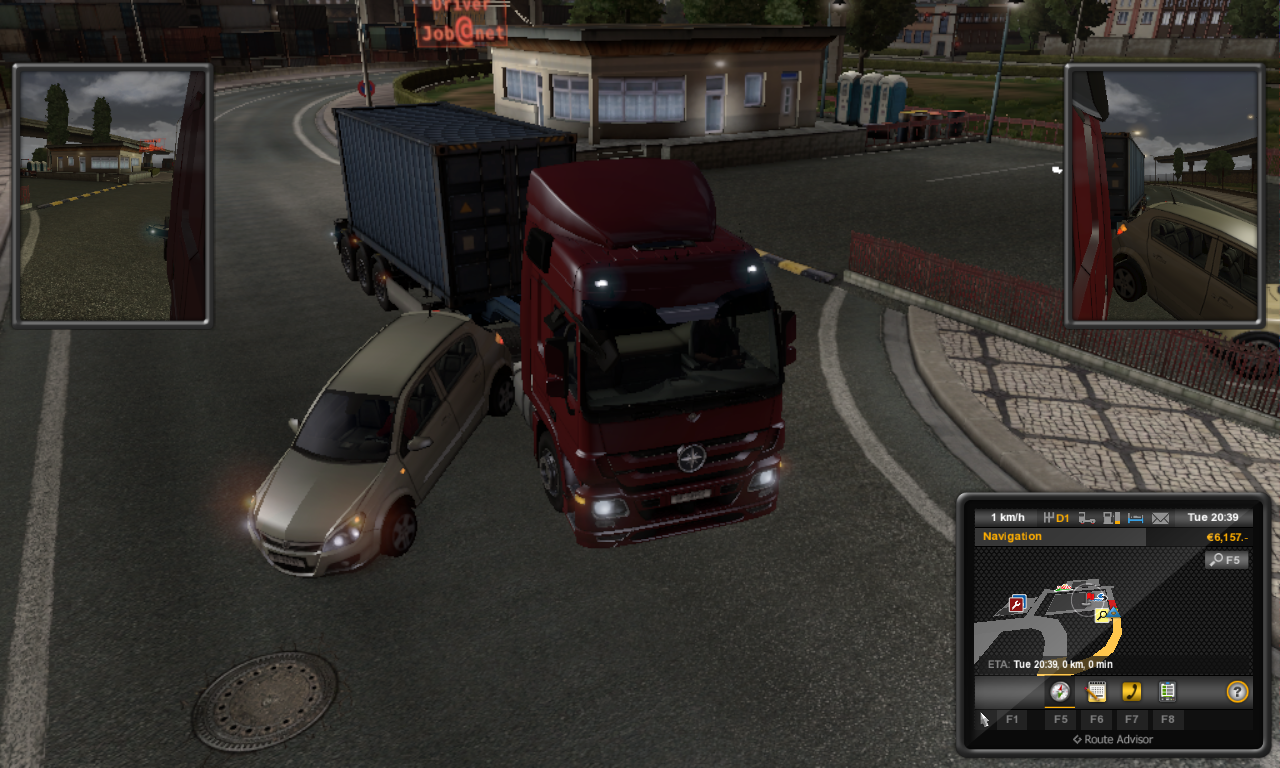 Also, Mr. Zurich car that ruined my perfect no-crash statistic for the day?  It was totally your fault.  I don't feel bad at all.

Posted by Photographer Leia at 6:47 PM No comments:

So I finally broke down and bought Euro Truck Simulator 2.  I've been eyeing the game since it was released.  Today I finally said "screw it" and took the plunge. Let me first say that I'm loving the game.  It has this really weird appeal that I can't exactly explain. I've not gotten very far in it yet, but I absolutely foresee myself continuing with it.  Building my own delivery truck fleet has never looked so appealing. Secondly let me say that I am (unsurprisingly) REALLY REALLY bad at it.  Okay, maybe I exaggerate.  I'm not terrible. I've even had a single delivery job that had no accidents and only a tiny bit of truck damage. Using Euro Truck as an example though, would I hire myself for a truck fleet?  Not a chance in hell.

For your enjoyment, here is a tiny glimpse of my misadventures in truck delivery:

So ... this MAY not be my calling in life. I just have that feeling. Not sure why. Just do. pic.twitter.com/9WwVD6Jket

I successfully made a delivery! #EuroTruckSimulator2 said my employer covered the cost of gas. WHY would someone hire me? WHY? WHY?

@photoleia Also, don't be such a wimp, truck. I only ran over like 5 guard rails & caused 5 car wrecks."Engine malfunction"? Puhleeze.

@photoleia I'm terrorizing the French countryside one road at a time. Better watch out @GuiOhm |#EuroTruckSimulator2

Posted by Photographer Leia at 7:05 PM No comments:

Let's Talk About - Dracula: The Resurrection

So I'm taking a well deserved vacation right now. In the absence of any significant plans, I have decided to start working my way through some of my every growing back catalog of games.  GOG conveniently released the fifth installment of the Dracula adventure game series last week, so that is my first target.  Don't know if I'll get through all of that (I may get distracted ... it's happened before) but I've at least gotten to the first game in the series. I'll be linking GOG's website for each of these titles so that they are easy to find in case anyone is interested in playing them.

The first installment of this series, Dracula: The Resurrection, was released developed by Index+, France Telecom Multimedia, and Canal+ Multimedia. It was originally published by DreamCatcher Interactive. Apparently an iOS/Android version is also now available.  It is being published by my beloved Microïds (which is now part of Anuman Interactive).

Taking place seven years after the end of Bram Stoker's Dracula, Mina has begun to feel the pull of Dracula's castle.  She departs in the middle of the the night, and mere hours later a frantic Jonathon Harker goes in search of her. Using a series of logic puzzles and NPC conversations, players guide Jonathon on his search to find his wife. At this point, I feel that there are two things that should be clarified.  Firstly, this is 7 years after Dracula the book and not that Coppola film from 1992. (Though since the in game Jonathan has the same hair as Keanu Reeves' Jonathan, I can see were confusion could arise.) Secondly, this game was released in 2000. The year 2000 doesn't seem like all that long ago ... until I look at games from then. That was 14 years ago folks. Wow, graphics sure have changed.

Resurrection may look dated, but I have no issues whatsoever with the actual design of this game.  In fact, I've found myself to be pretty impressed with its overall construction, and it's aesthetic appeal is very high. Let's break it down.


In the end, I have nothing for praise for Dracula: The Resurrection - the first in this adventure game saga.  GOG sells it in a pack with two sequels for $9.99. If the second and third games in the "Dracula Trilogy" are as good as this one, then my money will have been money well spent. If I were a teacher and this game was my student, I'd give it a solid A in its assignment.
Posted by Photographer Leia at 1:40 PM 1 comment:

We've all done it in Zelda titles.  Don't even try tolay innocent, because you know exactly what I'm talking about.  While Link wanders though town twirling around and going "yah!", he accidentally kills a chicken.  The ex-chicken sqwaks, feathers fly, and it's pretty freakin hilarious.  It's so hilarious in fact, that you have Link do it again. And again. And again. And again. If he kills enough of the feathered fowl, their egg-laying brethren decide that enough is enough. Link must die, and it is them who shall seek revenge. This is what I personally call the Zelda Principle.

It's not just chickens that have targets painted on their backs though.  Rabbits also fall victim.  In Skyrim, the player stats even keep count of how many fluffy bunnies you have slaughtered.  In Guild Wars 2, you sometimes earn daily achievements for their demise. Killing rabbits with ice in GW2 also has highly amusing results. The cold damage causes them to freeze solid before they topple over like fallen statues.  It's as if the developers encourage this kind of senseless violence!  Listen carefully and you can hear their maniacal laughter echoing throughout the world.

The problem with slaughtering adorable wildlife though is that they seek revenge, and these critters never do things half way.  Like in Zelda, the animal players should be most wary of is the chicken.  In inXile's Bard's Tale, a large, angry mama bird will attack the the PC if he slaughters too many of her children. She has an insane amount of health for the level, and will kill the Bard dead if the player isn't careful. Being the sharp-witted RPG parody that A Bard's Tale is, this game's inclusion of the Zelda Principle speaks volumes regarding the prevalence of player perpetuated poultry massacre.

Needless to say, if you ever boot up Guild Wars 2 and find yourself in the company of Angry Chickens, please tell them that Callaidbhroin and Lizard Breath wish them well.
Posted by Photographer Leia at 5:06 PM No comments:

The world has ended methinks, because the impossible has happened.  I've started playing an MMO.  For years I've sworn that this day would never occur.  I swore off all MMOs, and I've been very good at abiding by my self-imposed ban.  That said, for years I've also toyed with the thought of playing Guild Wars. (Can one silently "rebel" against The Man, when The Man is also yourself?) Guild Wars/ Guild Wars 2 particularly caught my interest because of its approach.  It offers a "solution" for the major issues tend to make MMOs so distasteful to many single player only gamers.


Problem 1: Monthly subscription fees.
Solution 1: They don't have them.

Problem 2: Other gamers constantly encroach upon your gaming space.  This messes with the experience and ruins suspension of disbelief and/or immersion.
Solution 2: Guild Wars 2 promotes the fact that one can successfully traverse the world in single player without untoward interference from others.  Interaction with others is for the most part voluntary.

Problem 3: Gamers can spend months and years paying for a subscription based model, only to have the title turn Free to Play (and generally Pay to Win).
Solution 3: There doesn't appear to be any real danger of the Guild Wars series turning F2P since there are no subscription fees to begin with.  You buy the game/expansions and you are done. While there is a system in place where items can be purchased with IRL money (the Gem Store), participation doesn't appear to be necessary for one to fully enjoy the experience.  (That could be different in PvP). This seemingly prevents it from joining the P2W camp.


In the past, I have come this close to purchasing Guild Wars (and subsequently Guild Wars 2). Having been single player for so long though, taking that final step and actually committing to a MMO was a pretty scary concept.  I'm not going to lie. Until I created my first GW2 character and actually started playing, there was a significant amount of anxiety present.  Having shared game worlds with only NPCs, entering a realm where other sentient beings roamed (who can talk to you!) was a weird prospect. After all, I knew that I had developed idiosyncrasies over the years and that I wasn't always the most deft person around ... but did everyone else have to know too?  I'd get laughed right out of Tyria.

Last weekend, a friend unexpectedly gifted me Guild Wars 2.  With a copy in my possession, I had no other choice but to jump in both feet first.  Provided my dinosaur of a computer actually ran it (which it does!) there were really  no excuses left. The end result?  So far .... it's been a pretty darn good ride.

Stay tuned for adventures to come. You can also follow my experience on twitter @photoleia.
Posted by Photographer Leia at 8:00 AM No comments: 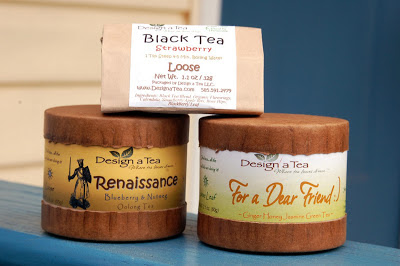 No one expects surprise packages from Design a Tea, especially not me. The company is being extremely tight lipped about who sent this package along, and the only clue I have from Brian Pfeiffer is:


"Been sworn to secrecy - sorry! Maybe if you ask for the culprit to show their face via a blog or two ... that's all you're getting from me!"

So here you go. I'm posting a "thank you" everywhere I can in hopes that whoever sent this my way knows that I'm thankful for the gift. What a delightfully delicious way to end the week. Cheers!
Posted by Photographer Leia at 1:31 PM No comments: